If you're frustrated by how your WordPress website scores on GTmetrix and Google PageSpeed Insights, read on to find out why and how to get a green score!

Why does page speed matter?

New research by Google has found that 53% of mobile website visitors will leave if a webpage doesn't load within 3 seconds.

Since Google's algorithm speed update, page speed is a direct ranking factor for your website. Speed also has knock-on effects for other ranking factors in the algorithm: a page that takes longer to load means higher bounce rates and lower session duration.

One study on technology company Mobify showed that a 100ms decrease in checkout load speed resulted in a 1.55% increase in conversion, which translated to about an annual revenue increase of nearly $530,000.

Ever felt stressed when making an online purchase? A consumer study shows that the emotional response to delayed page loading imitate that of watching a horror movie or solving a mathematical problem, and greater than waiting in a checkout line at a retail store.

Having started in E-commerce ourselves we know inside out what is involved in designing, building and maintaining a WordPress website. Having built over 200 websites for our clients, ranging from e-commerce sites to blogs and forums, we will guide you through the entire process, advising on the best options and features to achieve your goals with the website.

5
12 reviews
Tim McKendrick
Worked with these guys on getting a company web presence up very quickly. They understood what we needed right away and delivered a quality product. I highly recommend them.

Gregory Thevenet
We've been working with Passionate for over a year now on a number of Web and design projects and it's been a great experience through and through. Their project management is outstanding, always making sure that everything's clear and participating actively in decision-making processes and delivering great work, extremely fast. Their level of creativity is inspiring is outstanding and inspiring, too!

edward prince
Bilie has been just so professional and responded quickly to fix what i had messed up, without a delay. Billie has that knowledege to create a great site as well as being a perfectly nice human being. I am truly happy to have had the pleasure in contracting Billie in creating my website and a small fix promptly. I was rather astonished at the very fair rates asked for...Billie thank you once again. Happy Christmas Norman

Martina Lubrano di Ricco
I'm working with them since 2 years and I have never been disappointed. They reply and work pretty fast and deliver the work always in a top quality manner. They can help you with web designing from scratch or just web development and hosting. Very reliable and dependable with great value for price. Highly recommended! 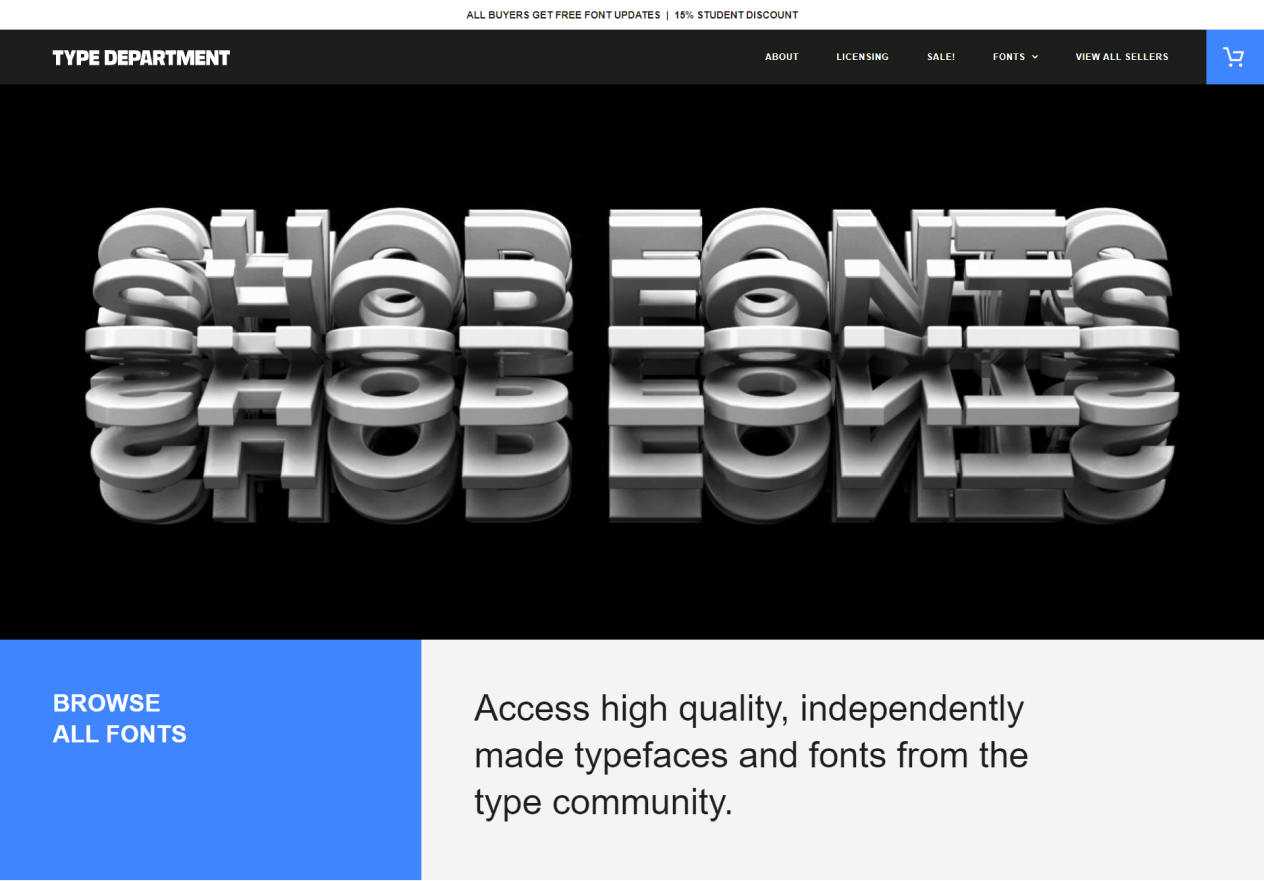 We've been working with Passionate for the last 6 months and their work has been incredible. They are super knowledgeable and have helped us migrate an entire marketplace, and re-designed the site with very minimal issues. Very reliable and dependable with great value. Definitely recommend. 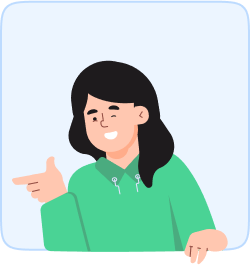 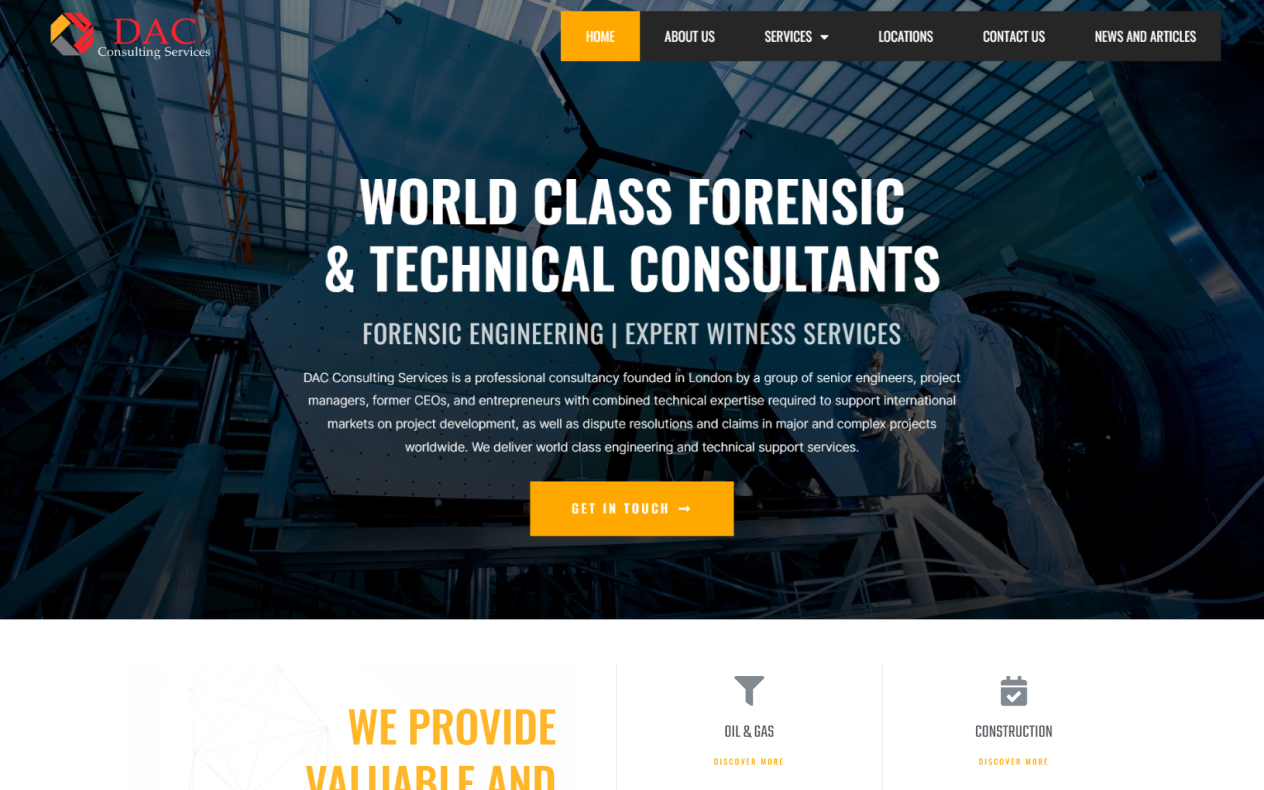 Great team, they have helped us in our growth plans, improved our website, SEO, and marketing campaigns.

Site of the day

Site of the month

Site of the day

If your website design is not modern and engaging, you will find it very difficult to convince a visitor to become a prospect (unless your products and services are so cheap that nothing else matters – i.e. you’re a price leader).

But even if you have a stunning website design that submerges each visitor into your brand, tells your story and guides them through the process of becoming a client but takes 10 seconds to load, no visitor will hang around long enough to actually see the design. So, how can we find balance without having to spend hours toggling one setting or editing a design element at a time and see what improves the score and what doesn’t?

If you have already tried speed optimizing your WordPress website yourself, you have probably come across the suggestions of reducing image size, setting up caching and compressing the website code (which would include reducing the number of plugins, setting a lightweight theme, minifying JS and CSS etc.).

Whilst these do help and can go a long way in improving a WordPress website’s performance, the results can be very mixed, especially if you use Google Page Speed and GT Metrix scores as the benchmark. This is because the design of your website and the techniques or page builders used to build the design also affect the scores. Yet, although both the website speed and score on Google Page Speed Insights matter (if you’re doing search engine optimization for your website), the design also matters! If we think of conversions as the end purpose of the website, then both speed and design are very important, and ideally one shouldn’t come at the expense of the other.

The length of time it takes for a webpage to load and the Page speed insight or GT Metrix score is directly proportional to the size of the webpage and the speed of delivery.

Caching, compression, image optimization and other tactics mentioned above only focus on reducing the size of the webpage, which is why beyond a certain point it is almost impossible to see further improvements without changing the hosting or using a Content Delivery Network (CDN).

What’s more, good hosting service and a content delivery network (CDN) have a much more predictable and consistent impact on the site performance to the point that our standard WordPress speed optimization services primarily focus on these two aspects (although we can conduct a one off-site compression as well going through our speed optimization checklist)

As you probably know, hosting is basically a virtual “computer” just like your PC, where you can store the website (or other) files. Each virtual machine has an IP that helps identify requests coming to it. And how quickly a browser can connect to the virtual machine through the IP (time to first byte) is directly related to the physical distance between the browser and the server.

In other words, if your hosting server data centre is in London and most of your website visitors are in New York, then every time someone from New York tries to load your site, their request needs to travel across the Atlantic ocean and back (which takes a few seconds). In addition to this, there is also the request processing time, i.e. how quickly your server can come up with the reply to the browser (that still needs to travel to the browser).

Just like a more powerful PC with more RAM and cores can execute more tasks quicker, a better hosting server (e.g. a dedicated virtual private server) will generally result in a faster site compared to a cheaper shared web hosting one. Want to find out more about what good hosting is and what is most suitable for your site? Then head here!

So what does a CDN do? A content delivery network is a network of “computers” around the world, each of which stores a “cached” version of your site. So with the previous example, suppose you also have a CDN in addition to your London server.

When someone in New York goes on your website, instead of the request being sent to the London server from their browser, it will first be sent to the CDN, which will then identify the closest “computer” in the network to New York that has a cache of the website and sends the cached version of the site from there!

The result? The request and, more importantly, the data requested no longer has to travel across the Atlantic ocean every time. In other words, everyone in New York can view all static information on your website (images, texts etc.) very quickly, as if it was hosted in New York!

Get 90+ on Google PageSpeed score today:

So what does our service entail? Well, it entails a bit of it all. Primarily, we connect your site to our CDN, which is tailor-made for WordPress! And yes, we have tried it all, Cloudflare, Securi and haven’t seen much impact (if your website hosting server is already powerful). Our CDN also tackles the caching for you, so we won’t even install a separate caching plugin on your site.

In other words, once set up, our CDN will constantly be creating compressed and optimized versions of your website and storing them across the network so whoever requests to view your site can be served as quickly as possible.

What can you expect? Every website set up with our CDN consistently hits 85 – 100 on Google PageSpeed Insights for Mobile and 95-100 for desktop.

How to Choose a Professional SEO Company

What are Ecommerce SEO Services and Do You Need Them?

Have You Been Hacked? Keep Calm and Go Through This Comprehensive Guide

How to drive more traffic to your site: SEO vs PPC

WordPress CMS vs Custom Development: How to Choose the Best Solution for Your Business Needs

WordPress vs Wix vs Squarespace: Which is the Best Website Builder

Speak with a specialist:

Speak with a specialist

Find out the why your website scores poorly on GTmetrix and Google PageSpeed Insights, and fix it now!

Designers and people from all ends of the creative industry around the world can host their typefaces and sell to the public.

With unique typefaces created by the industry’s global network of creatives and foundries, it was important for us to create a design that supports their work.

We created a clear structure and hierachy, enabling visitors to easily find what they need despite the immense level of content from dozens of sellers.

Having previously existed as a Shopify website, Type Department needed us to develop a seamless multi-vendor solution for their ecommerce site.

WordPress as the CMS with WooCommerce was the clear option, with sellers able to create their own accounts and manage their own products.

WordPress also offered the flexibility to include font samplers across the site, allowing visitors to type anything on the product pages to preview the typeface before purchase.

We’ve been working with Passionate for the last 6 months and their work has been incredible. They are super knowledgeable and have helped us migrate an entire marketplace, and re-designed the site with very minimal issues. Very reliable and dependable with great value. Definitely recommend. 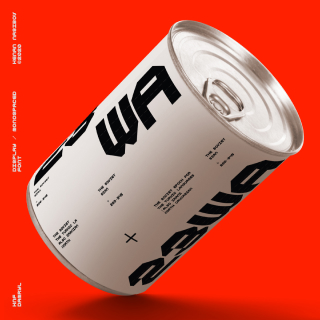 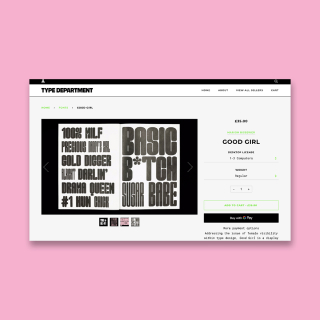 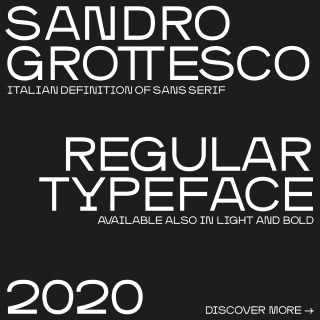 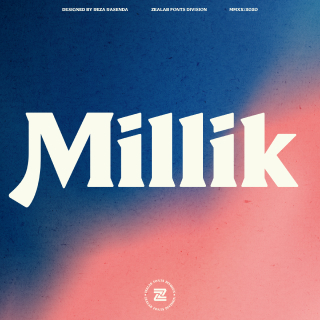 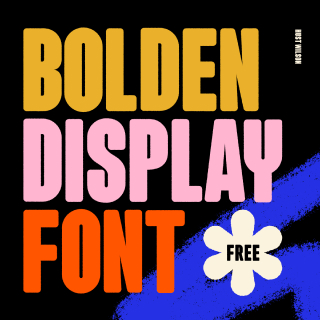